Dewpoint is the pressure at which the first condensate liquid comes out of solution in a gas condensate. Many gas condensate reservoirs are saturated at initial conditions, meaning that the dewpoint is equal to the initial reservoir pressure. Condensate dissolution is called retrograde condensation because this is counter to the behavior of pure substances, which vaporize when the pressure drops below the saturation pressure under isothermal (constant temperature) conditions. 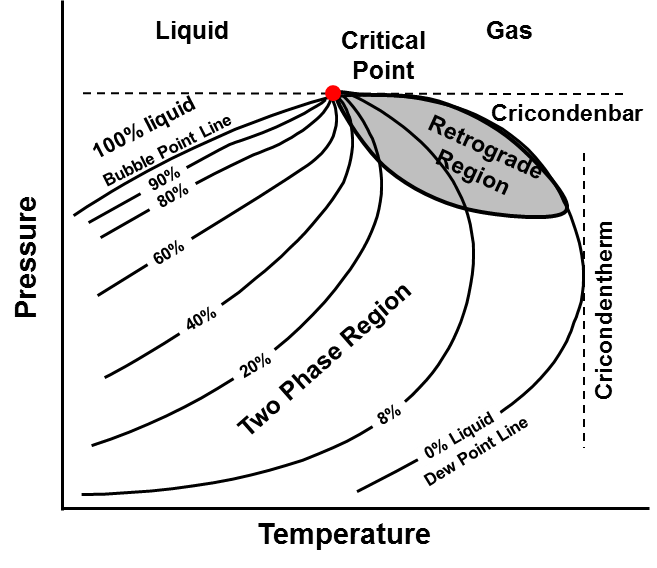 http://www.jmcampbell.com/tip-of-the-month/2007/06/why-do-i-care-about-phase-diagrams/ - Why do I care about phase diagrams?